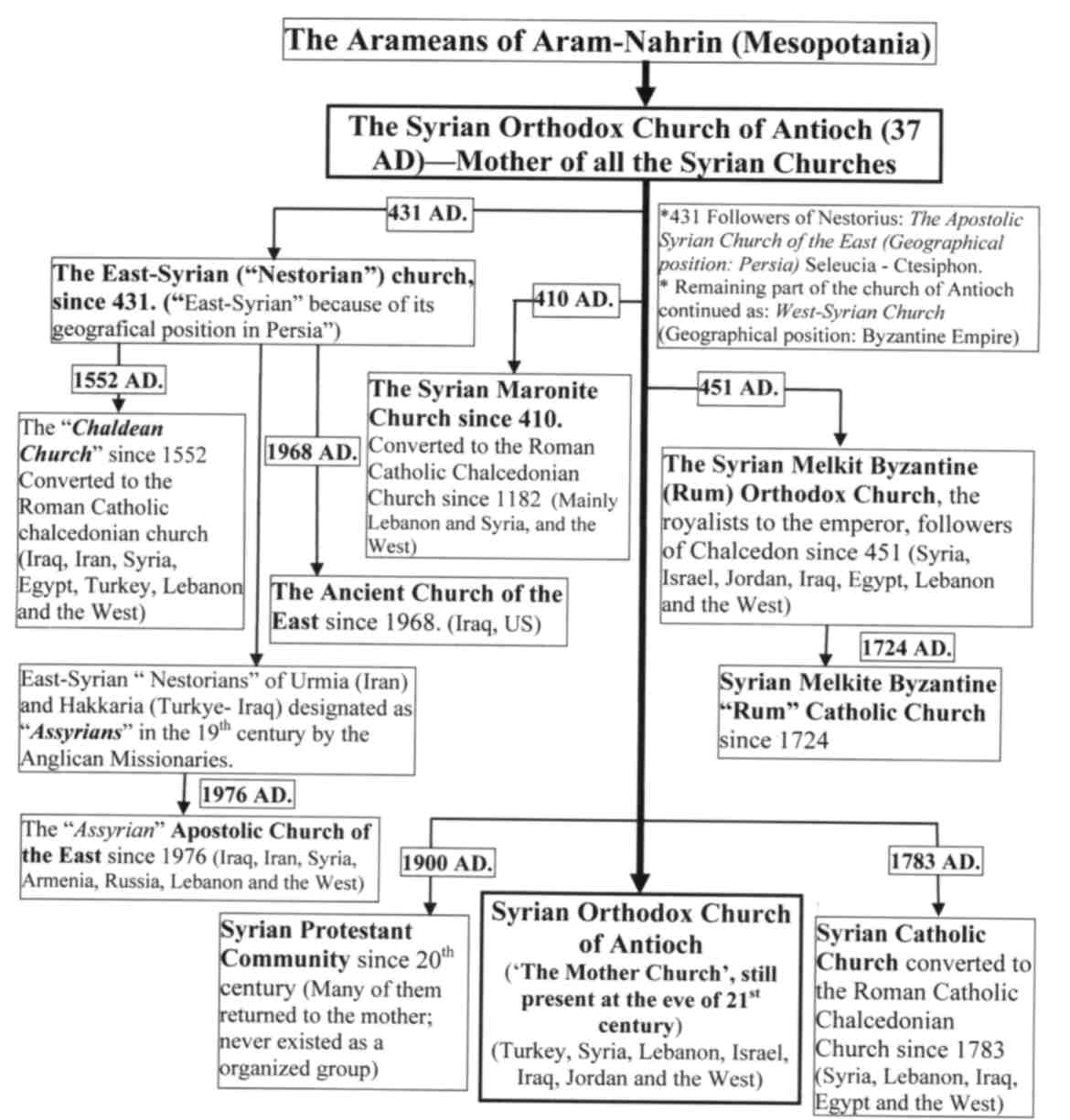 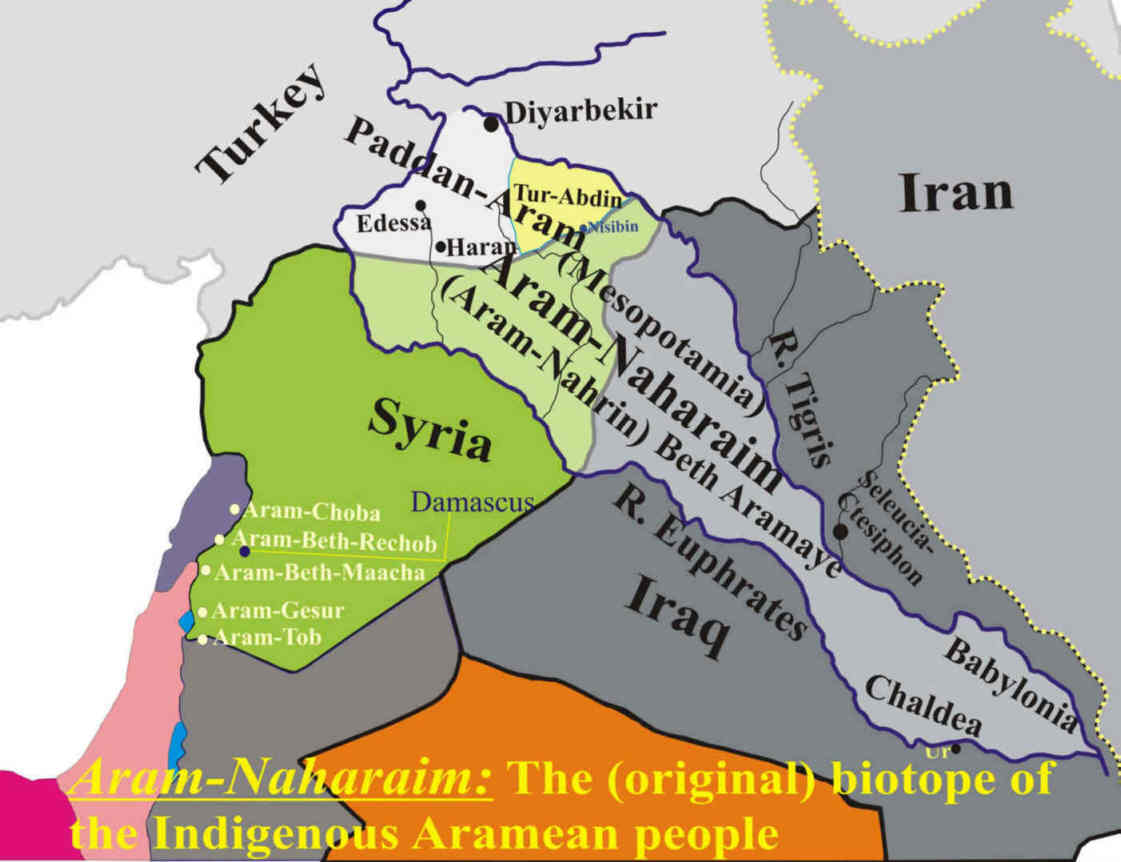 The Aramaic Heritage of the Syrian Orthodox Church 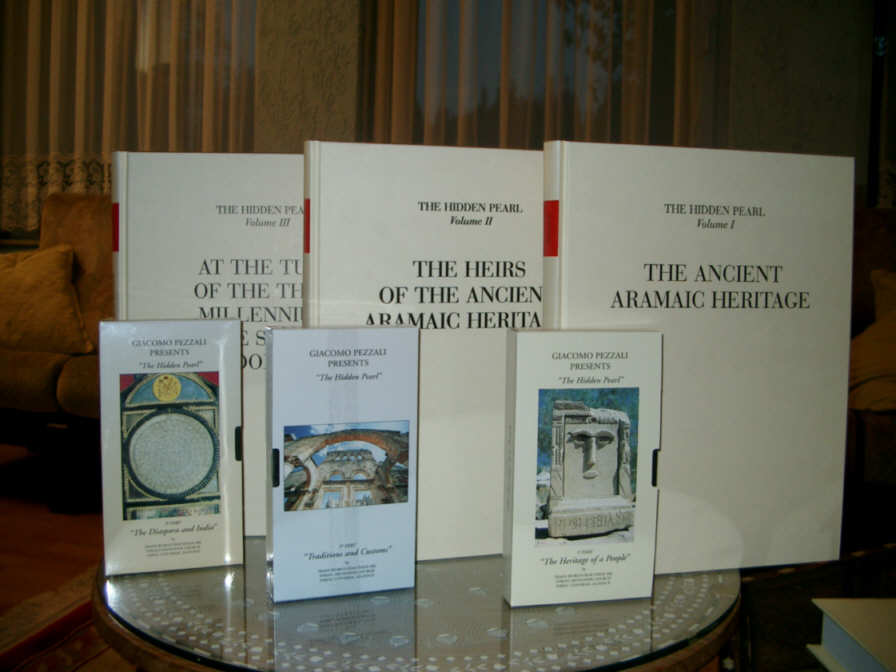 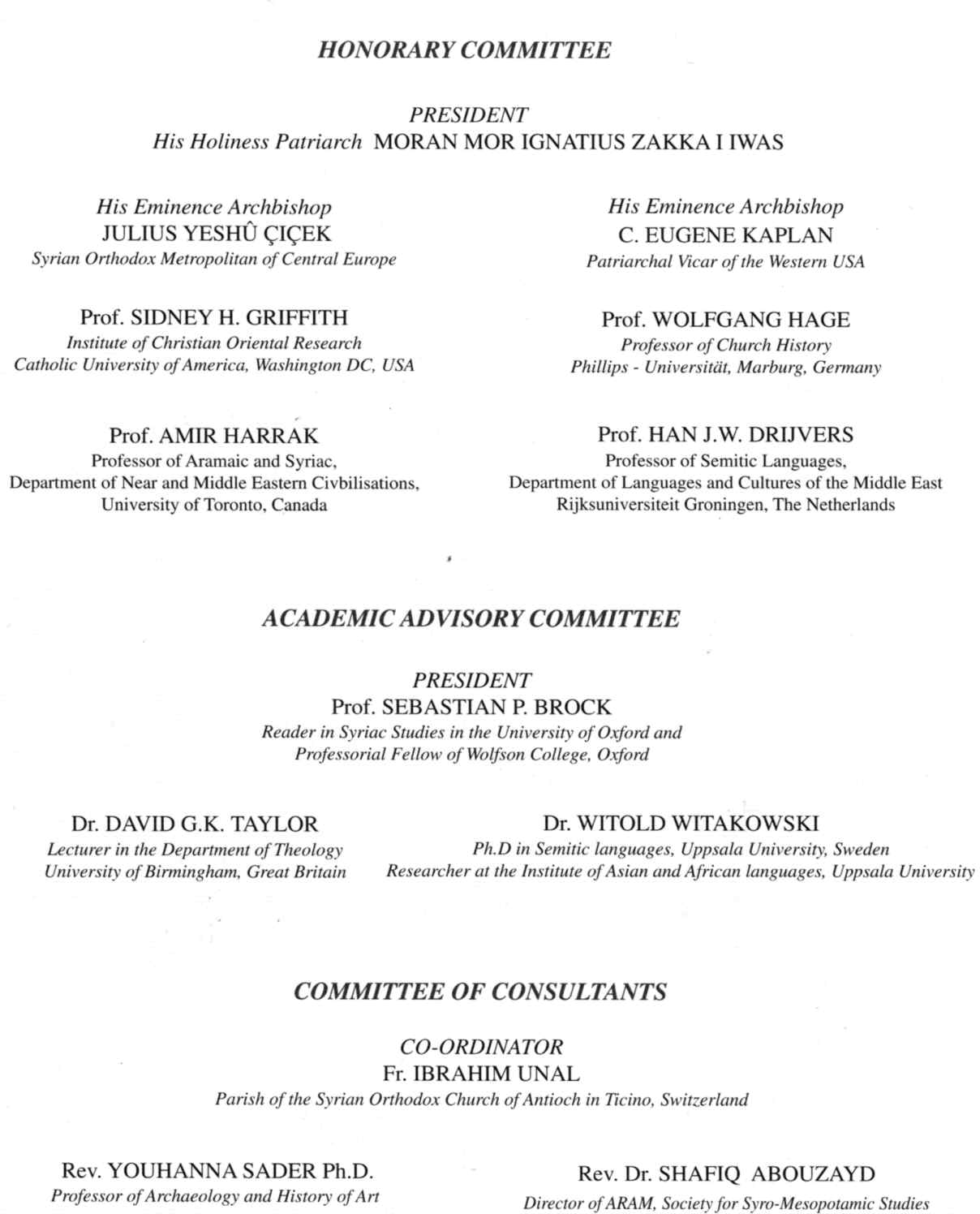 The Arameans or the Syriacs are a people with a glorious history, but are now in danger of being forgotten as well as being quite frequently misrepresented. The Arameans of Mesopotamia were the first pagans who had accepted the Christian faith. The apostle (Simon) Peter established (together with the other apostles) in 37 AD the Syriac Church in Antioch (present-day Antakya in Turkey), the former capital of the Roman province Syria where the first followers of Jesus were called “Christians” (Acts 11:26). This name “Christians” is still in use today by millions of people. The Church of Antioch had gradually passed on the torch of the Christian Gospel to many nations and tribes and in Antioch the missions of the apostle Paul were prepared (Acts 13:1-3; 14:26).

To provide more publicity regarding the glorious history of the Arameans of Mesopotamia a project was recently launched by the Syriac-Orthodox Church of Antioch in co-operation with the Syriac Universal Alliance (SUA) to chart structurally the almost forgotten history, the culture and the Churches of the Arameans of Mesopotamia. The Italian film producer Giacomo Pezalli was so impressed by the history of the one of the oldest still existed people in the world that he decided to make a film about this people entitled” The Hidden Pearl: The Aramaic Heritage of the Syriac Orthodox Church”. The script for the film is written by among others the British professor in Hebrew and Aramaic Sebastian P. Brock who is a professor at the Oxford University. This project is  finished in April 2001 and exists out of three videotapes and three illustrated books (http://sor.cua.edu/Pub/BrockHPearl/index.html).

This project is the result of the collaboration between: 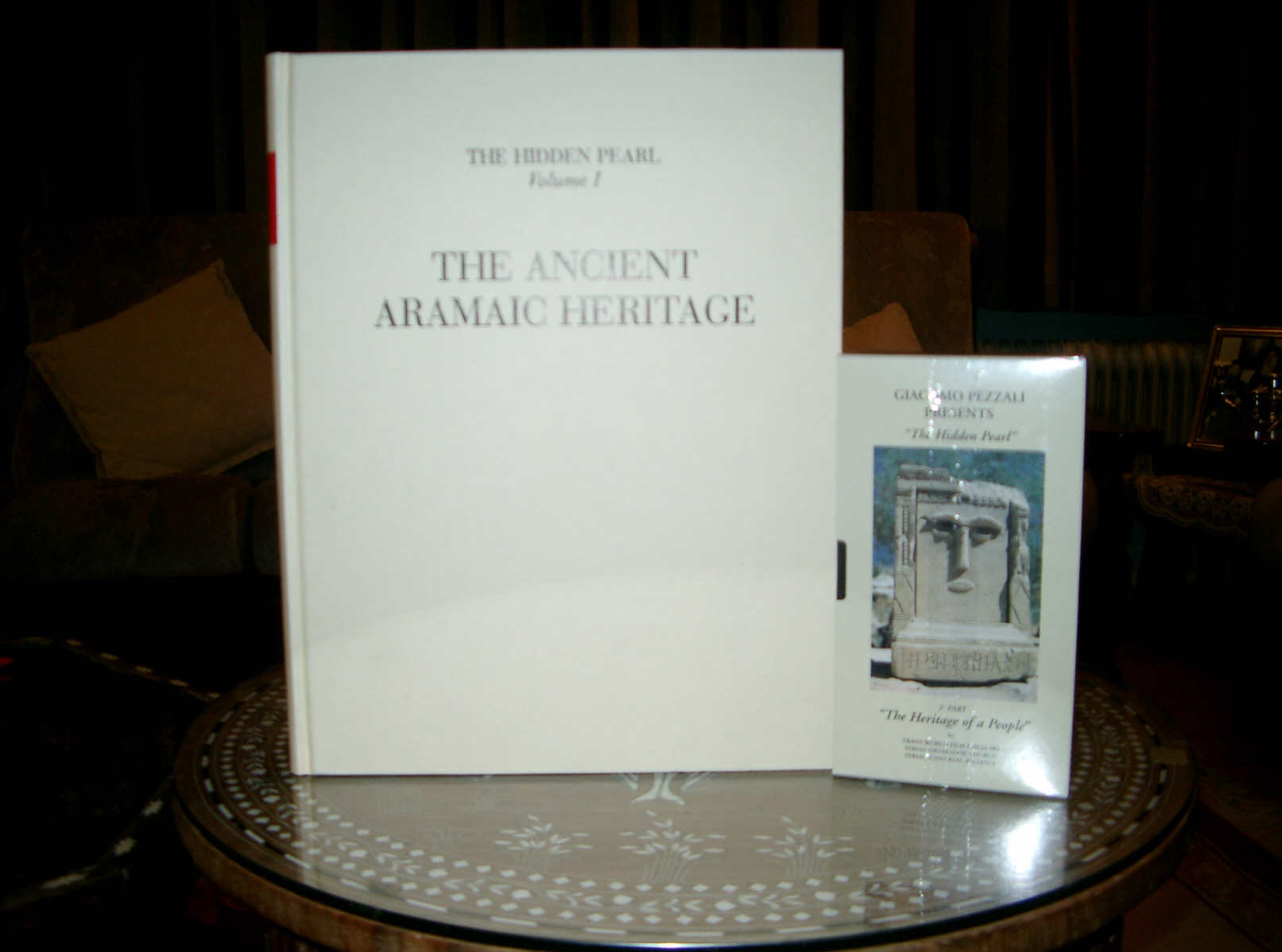 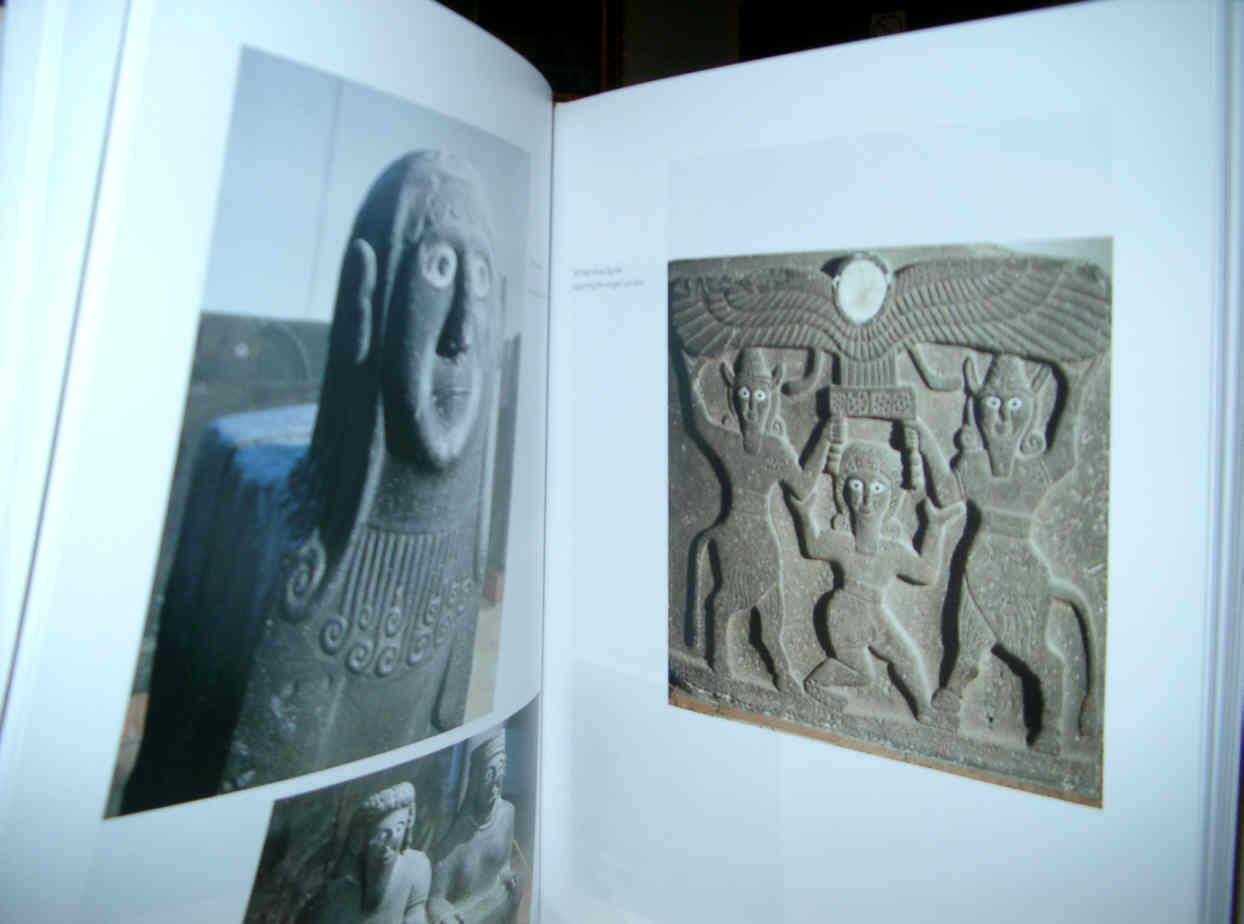 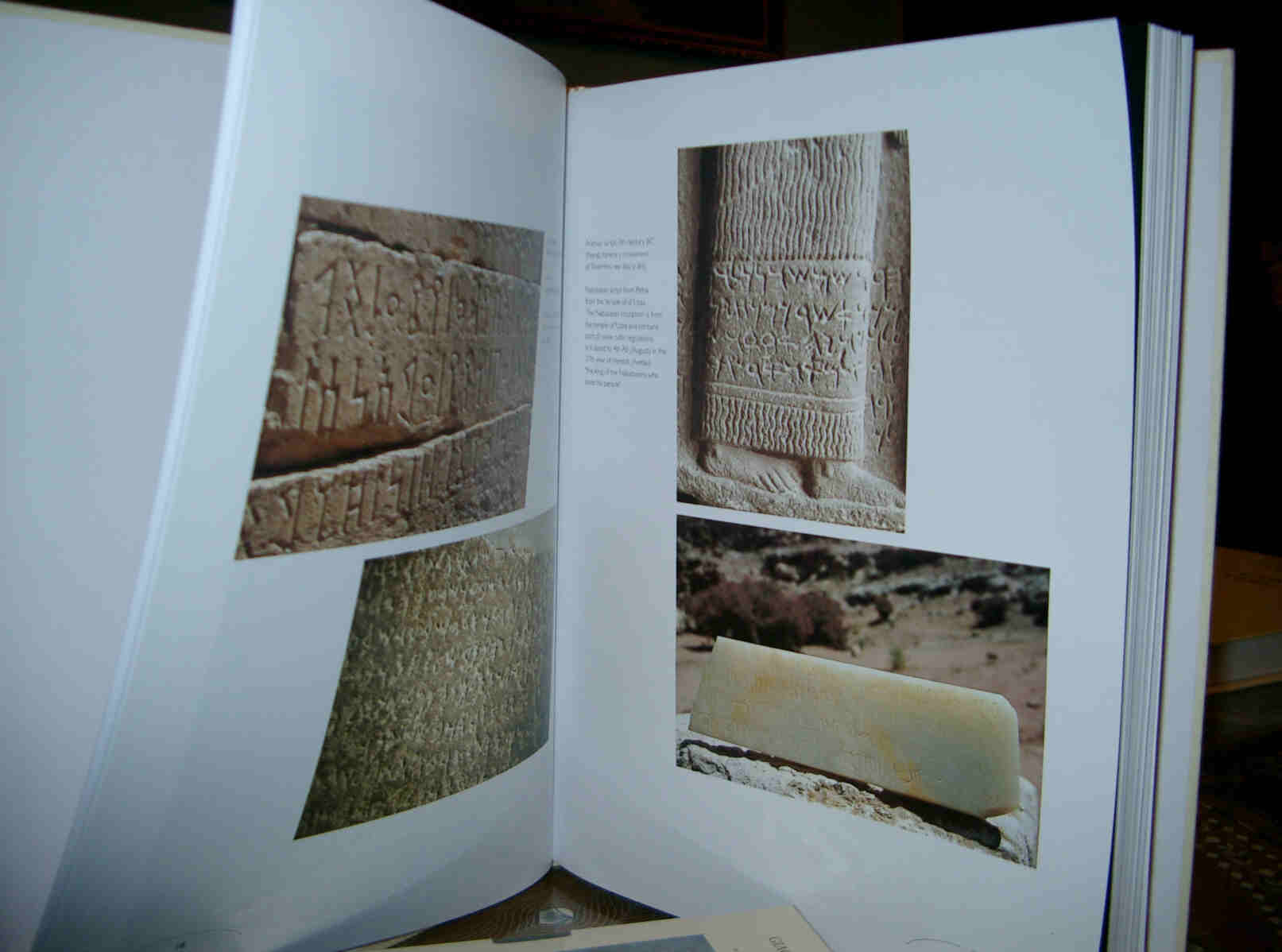 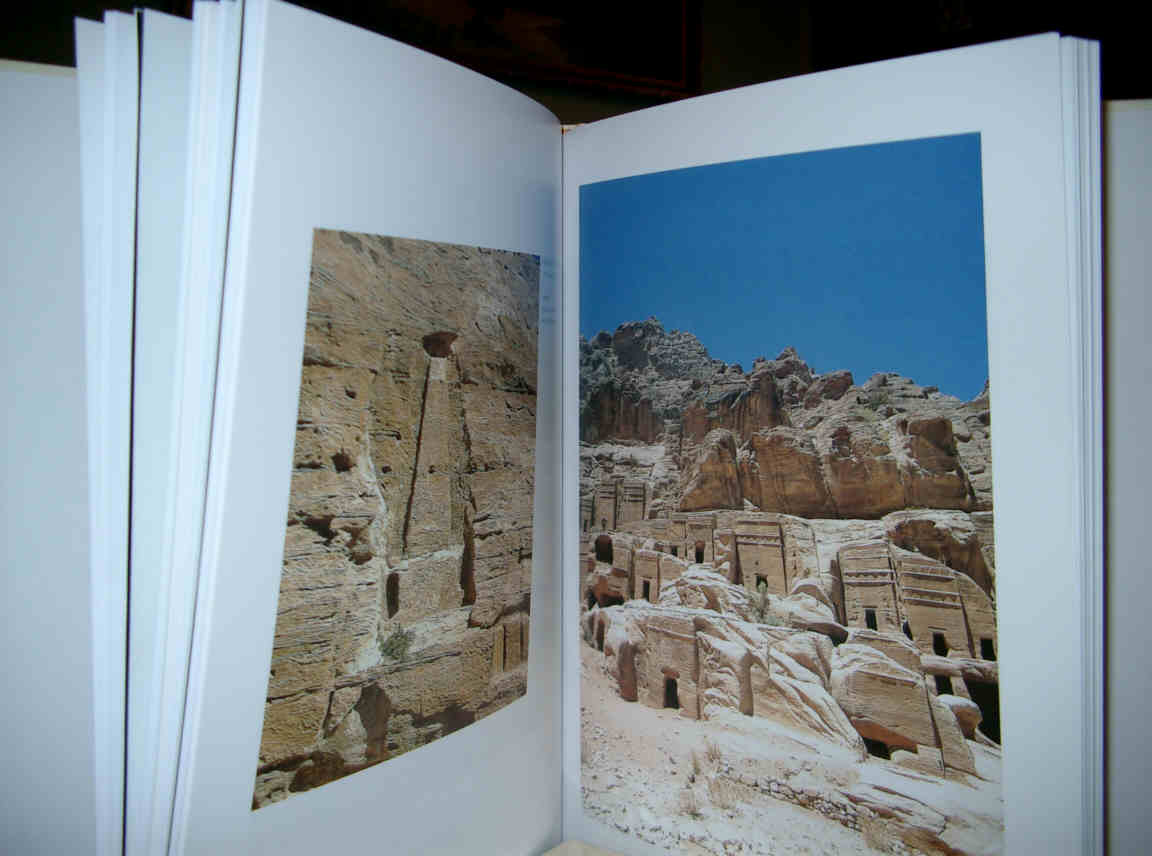 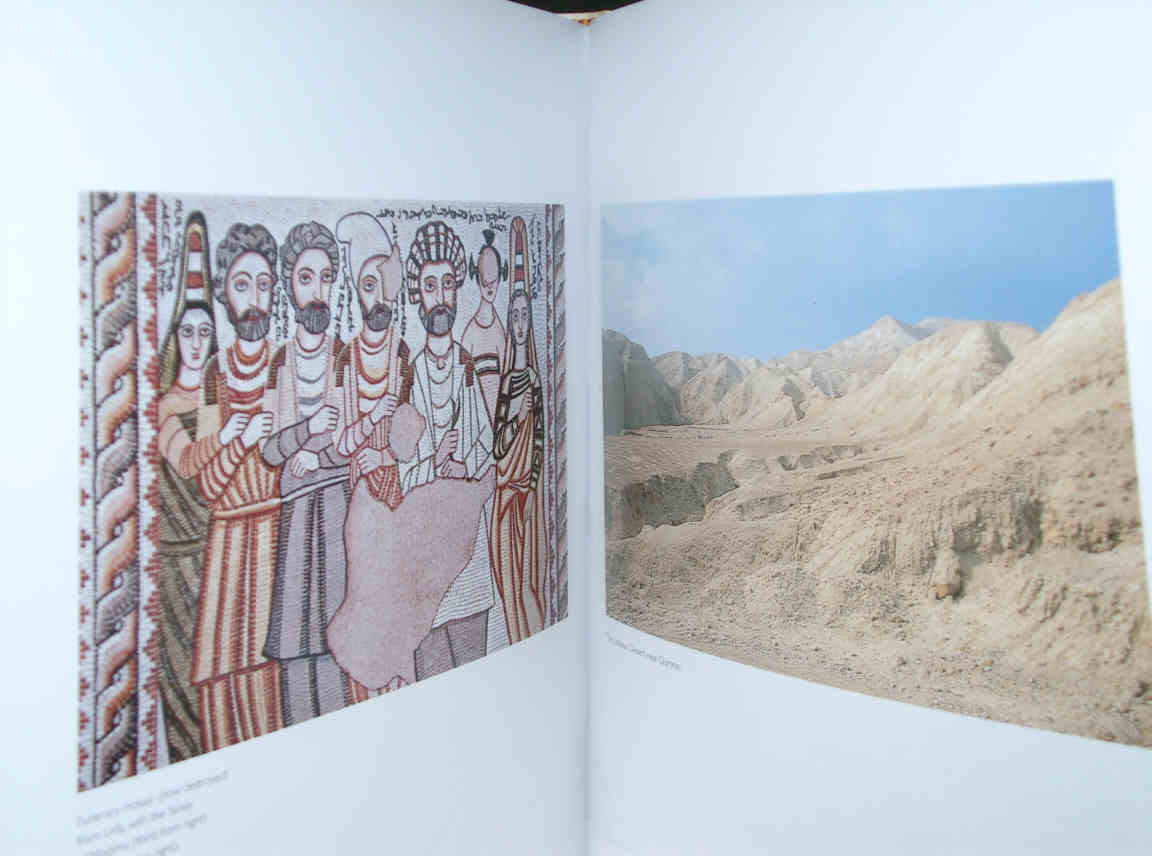 The civilizations of Ancient Mesopotamia and the Arabic World of the modern Middle East are widely familiar, but between the two there is a period of over a thousand years when Aramaic was the main cultural language of this area - and Aramaic was, of course, the language of Jesus.

The earliest inscriptions in Aramaic belong to the time of the Aramean city states of Syria in the early first millennium BC. Although these city-states eventually were swallowed up by the Assyryan Empire, the use of their language, Aramaic, gradually spread all over the Middle East, and during the time of the Achaemenid Persiam Empire, it became the official language of the state, and was in use from western Iran to the Mediterranean and down to the south of Egypt, where it was also used by a local Jewish community with their own temple.

In the Hellenistic period (3rd -1st cent. BC), after the conquests of Alexander the Great, Aramaic continued in use, now alongside Greek. It flourished especially in the east, and was used by the Indian King Asoka in a series of religious inscriptions found this century in Afghanistan. In the early period of Roman domination in the Middle East, a number of small desert Kingdoms came into being (1st century BC to the 3rd century AD), all of which used Aramaic (in different scripts) as their written language; these were based in Palmyra (with its famous queen, Zenobia), Petra end Hatra. 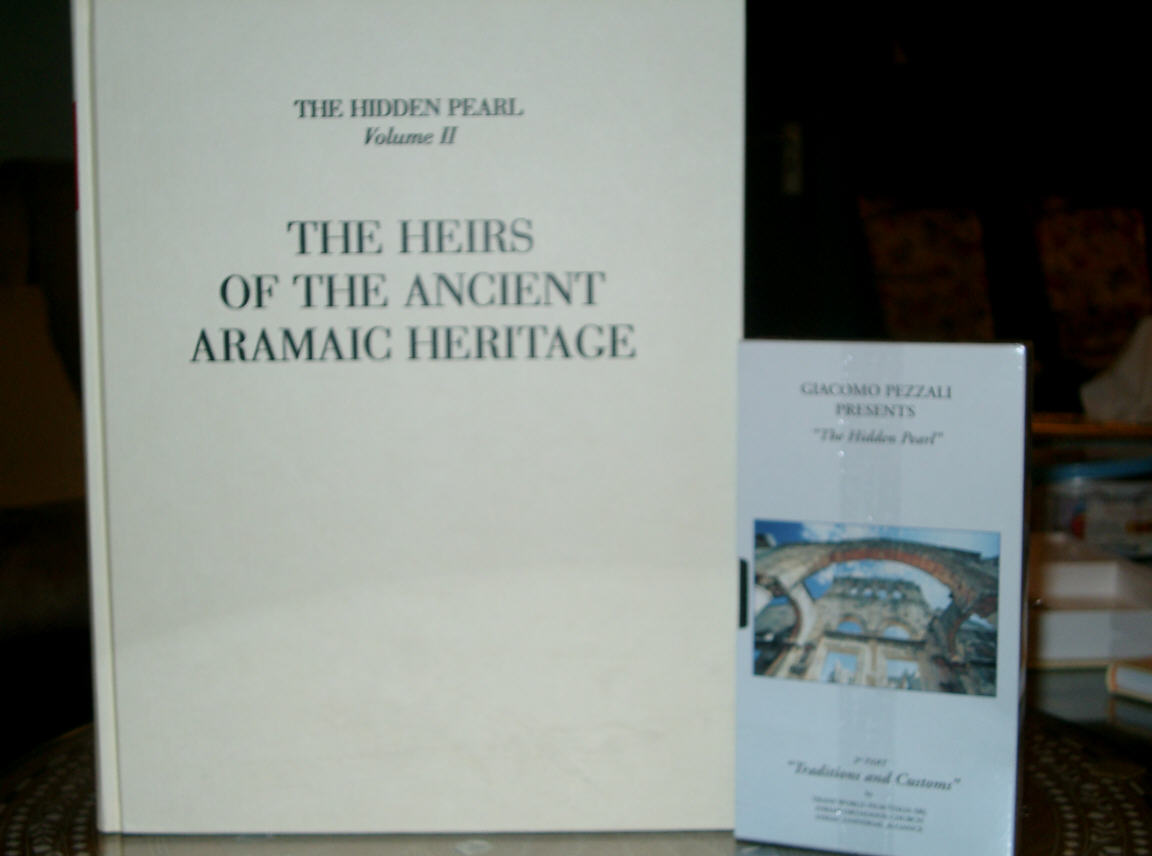 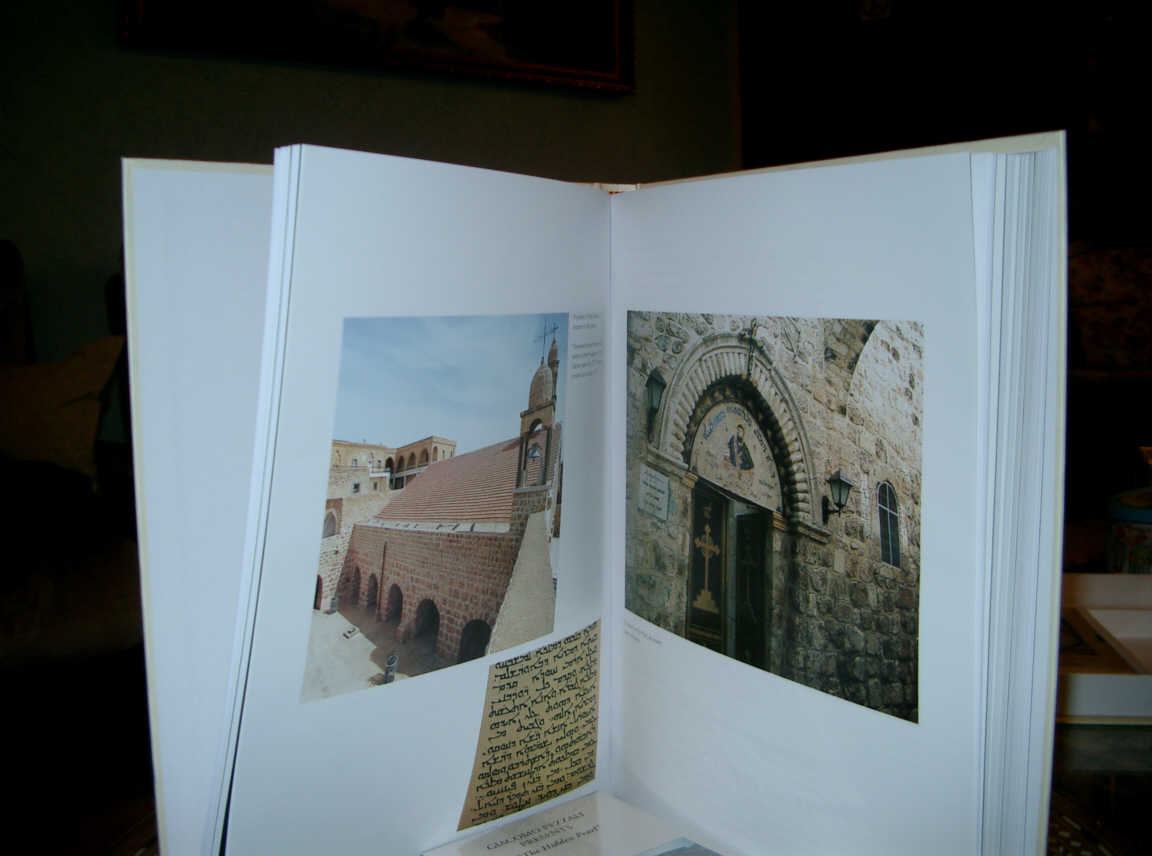 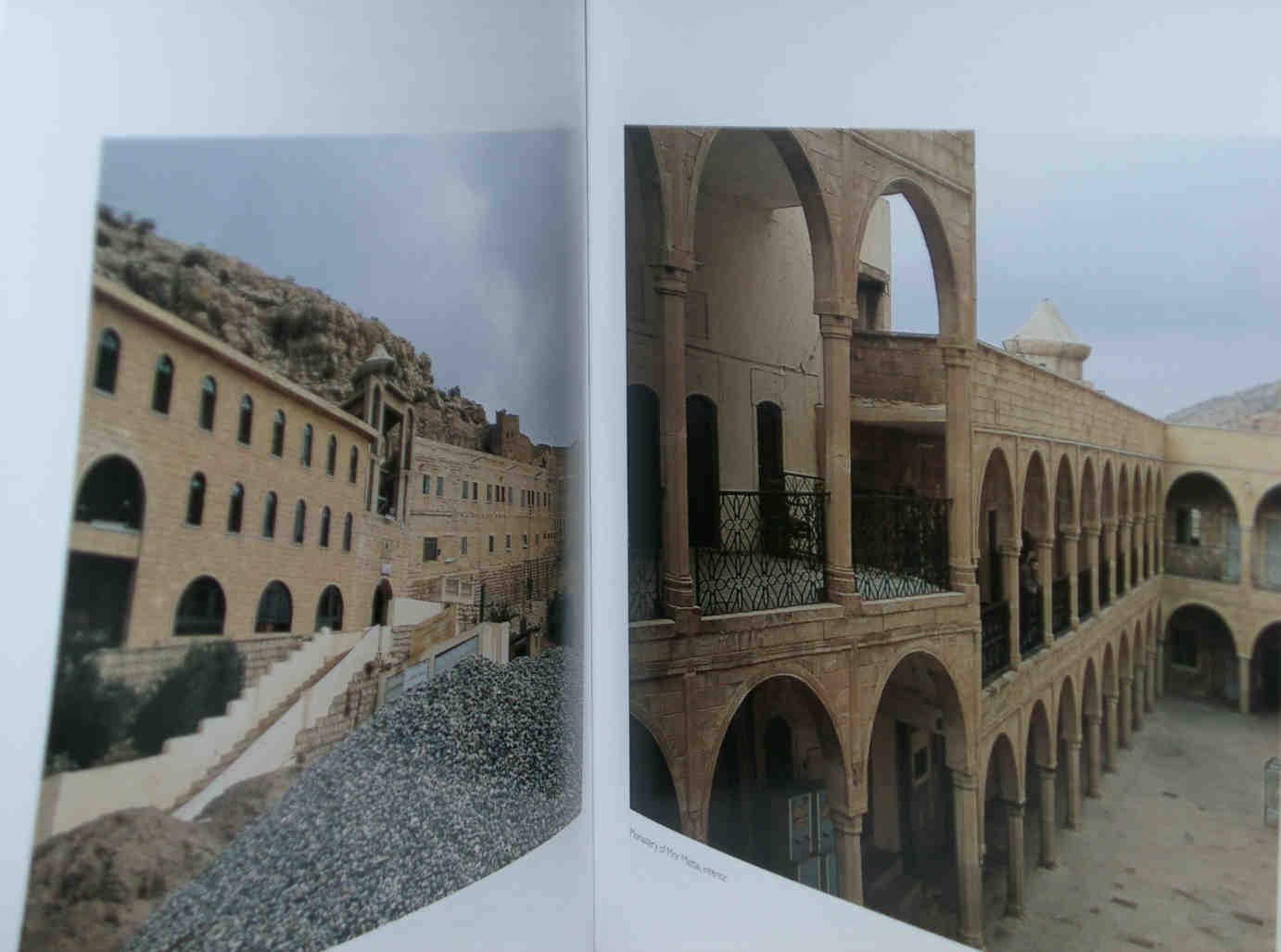 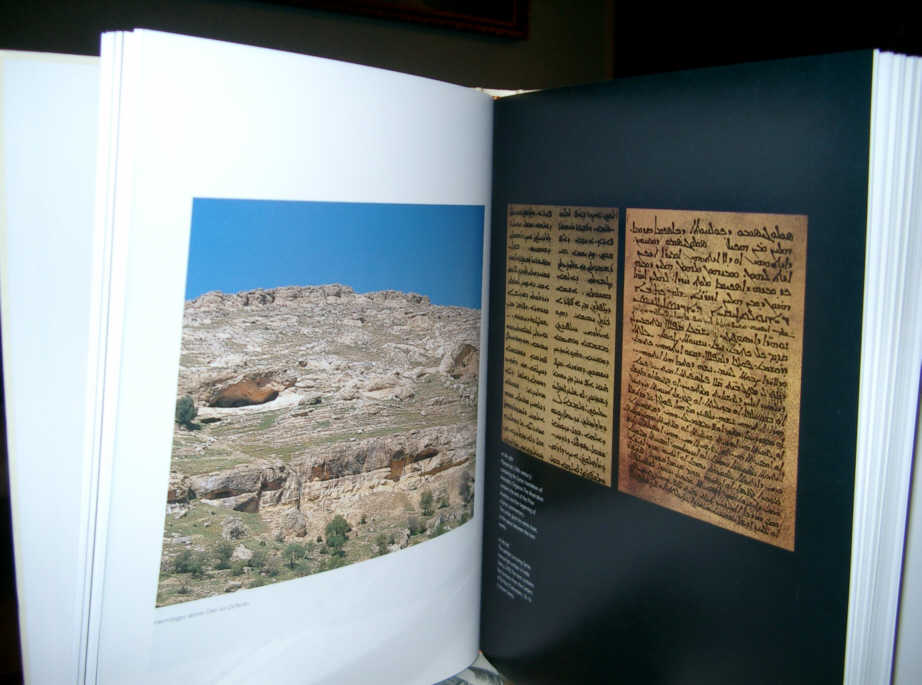 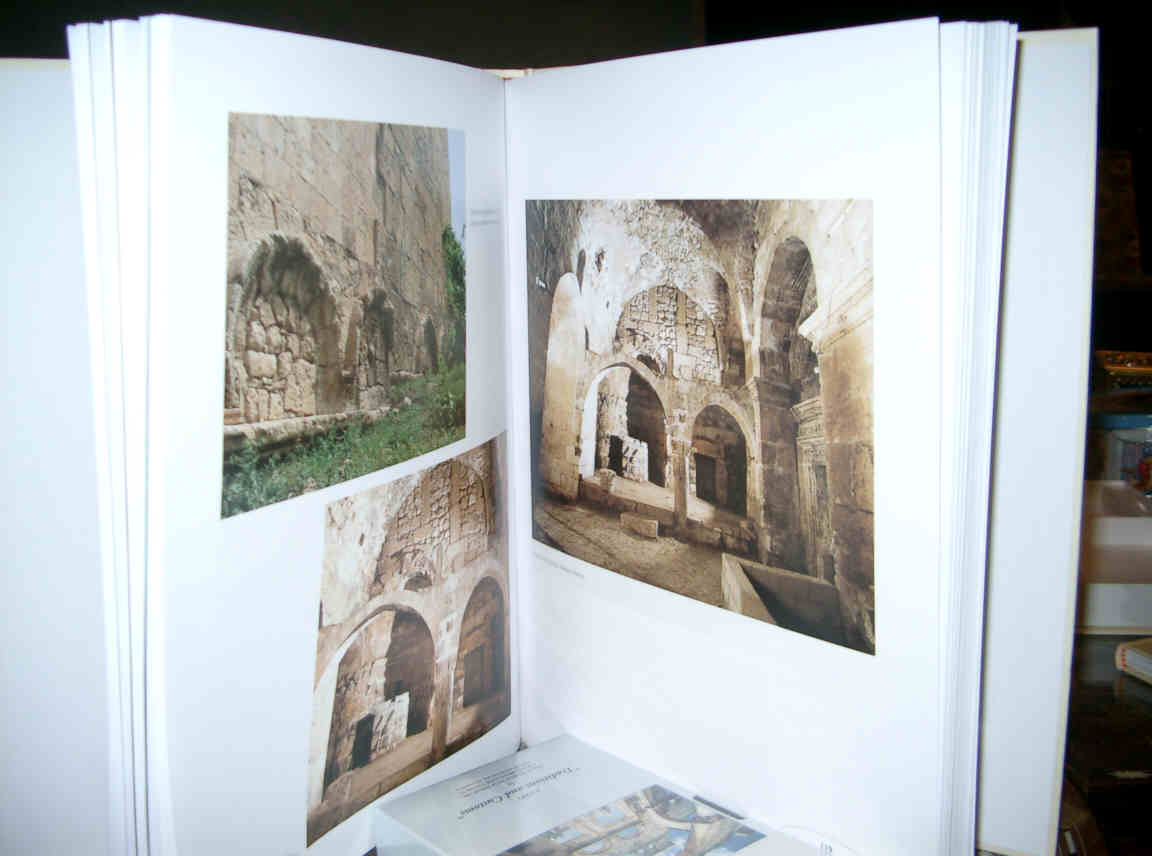 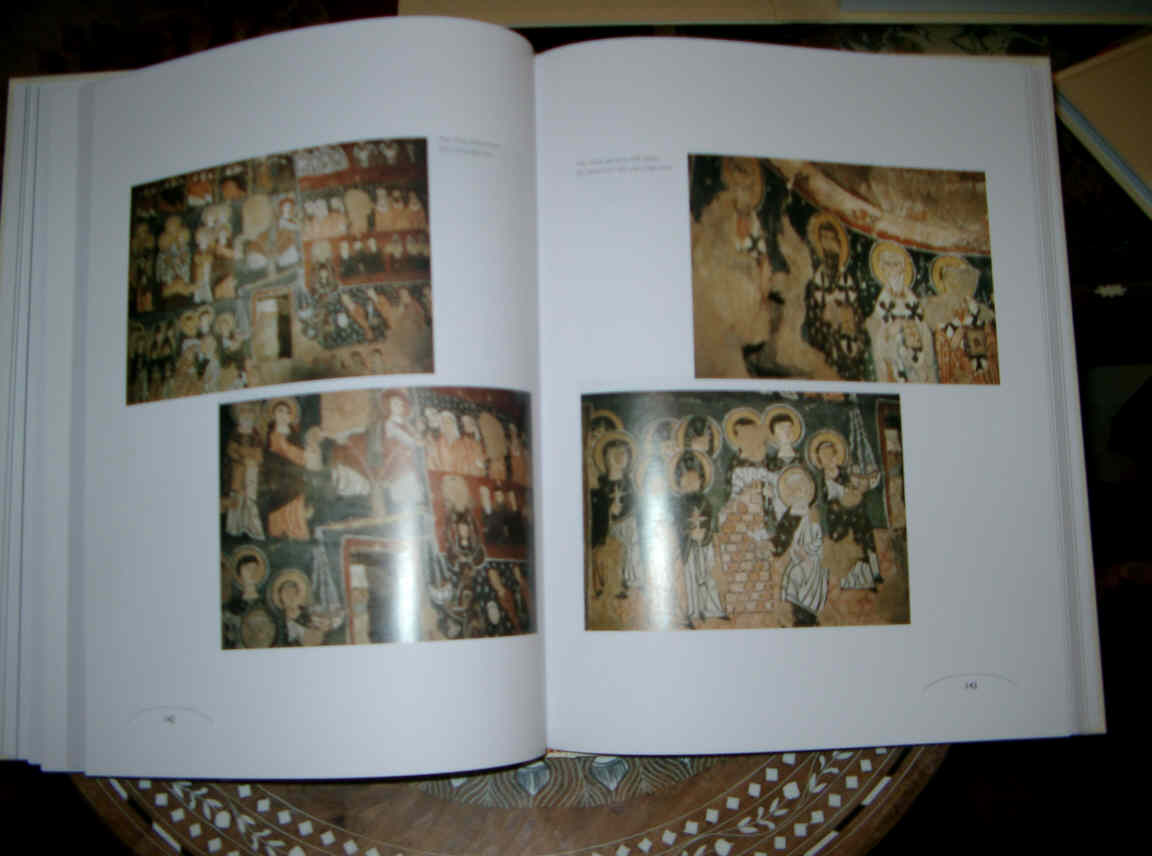 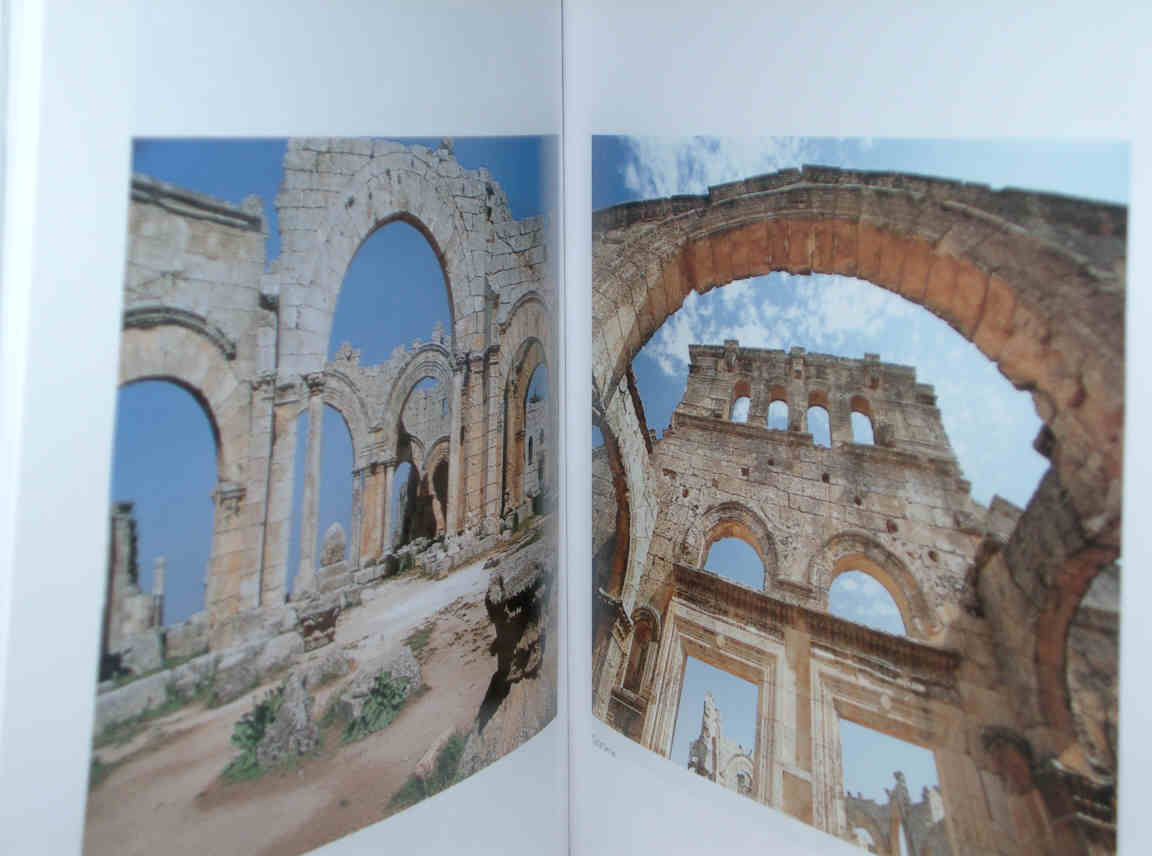 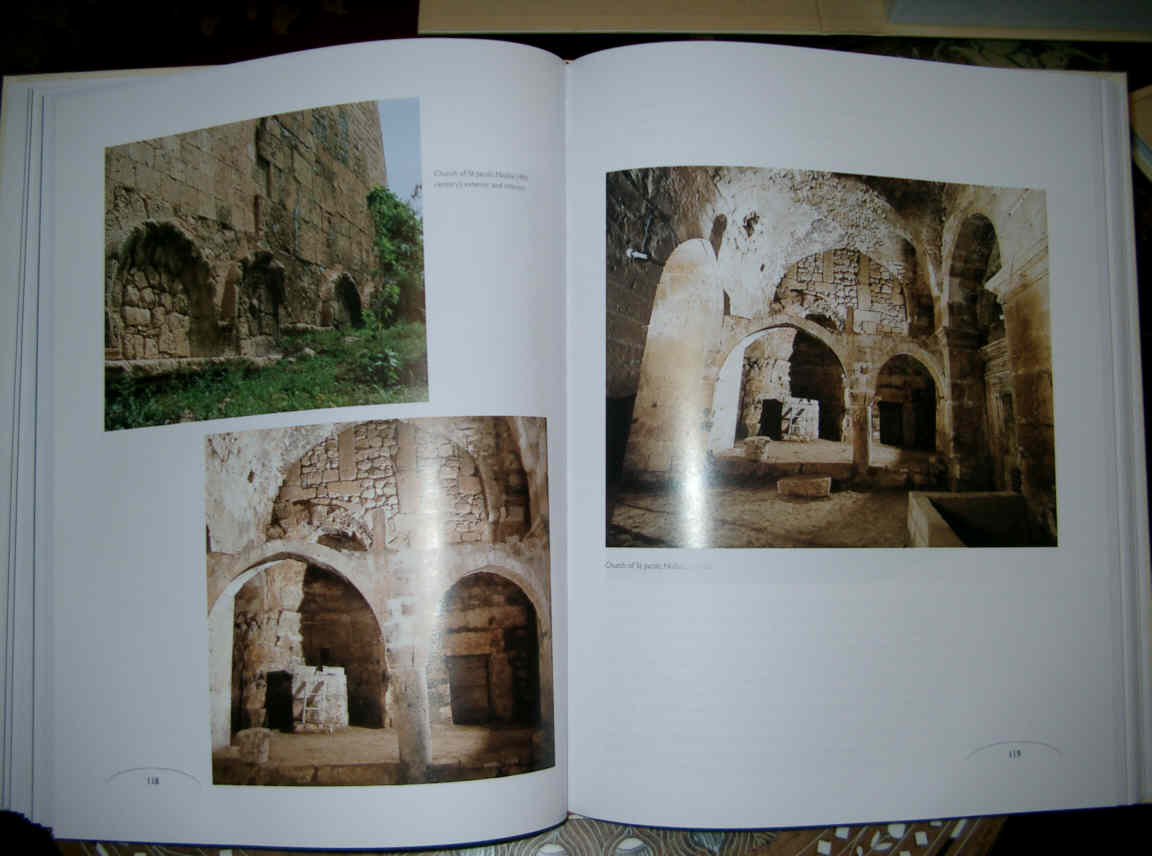 Although Hebrew had been the language of the ancient Israelite Kingdom, after their return from Exile, the Jews turned more and more to Aramaic, using it for sections of the books of Ezra and Daniel in the Bible. By the time of Jesus, Aramaic was the main language of Palestine, and quite a number of texts from the Dead Sea Scrolls are also written in Aramaic. Aramaic continued to be an important language for Jews, alongside Hebrew, and some parts of the Talmud are written in it. After the Arab conquests of the seventh century, Arabic quickly replaced Aramaic as the main language of those who converted to Islam, although in isolated areas Aramaic continued to be spoken as a vernacular language by Muslims. Aramaic however, enjoyed its greatest success in Christianity. Although the New Testament was written in Greek, Christianity had come into existence in an Aramaic-speaking milieu, and it was the Aramaic dialect of Edessa, now known as Syriac, that became the literary language of a large number of Christians living in the eastern provinces of the Roman Empire and, further east, in the Persian Empire. Over the course of the centuries, the influence of the Syriac Churches spread eastwards to China (in Xian, western China, a Chines-Syriac inscription dated 781 was found), and to southern India where the State of Kerala can boast more Christians of Syriac liturgical tradition than anywhere else in the world.

3. SYRIAC ORTHODOX CHURCH AND PEOPLE ON THE EVE OF THE THIRD MILLENIUM 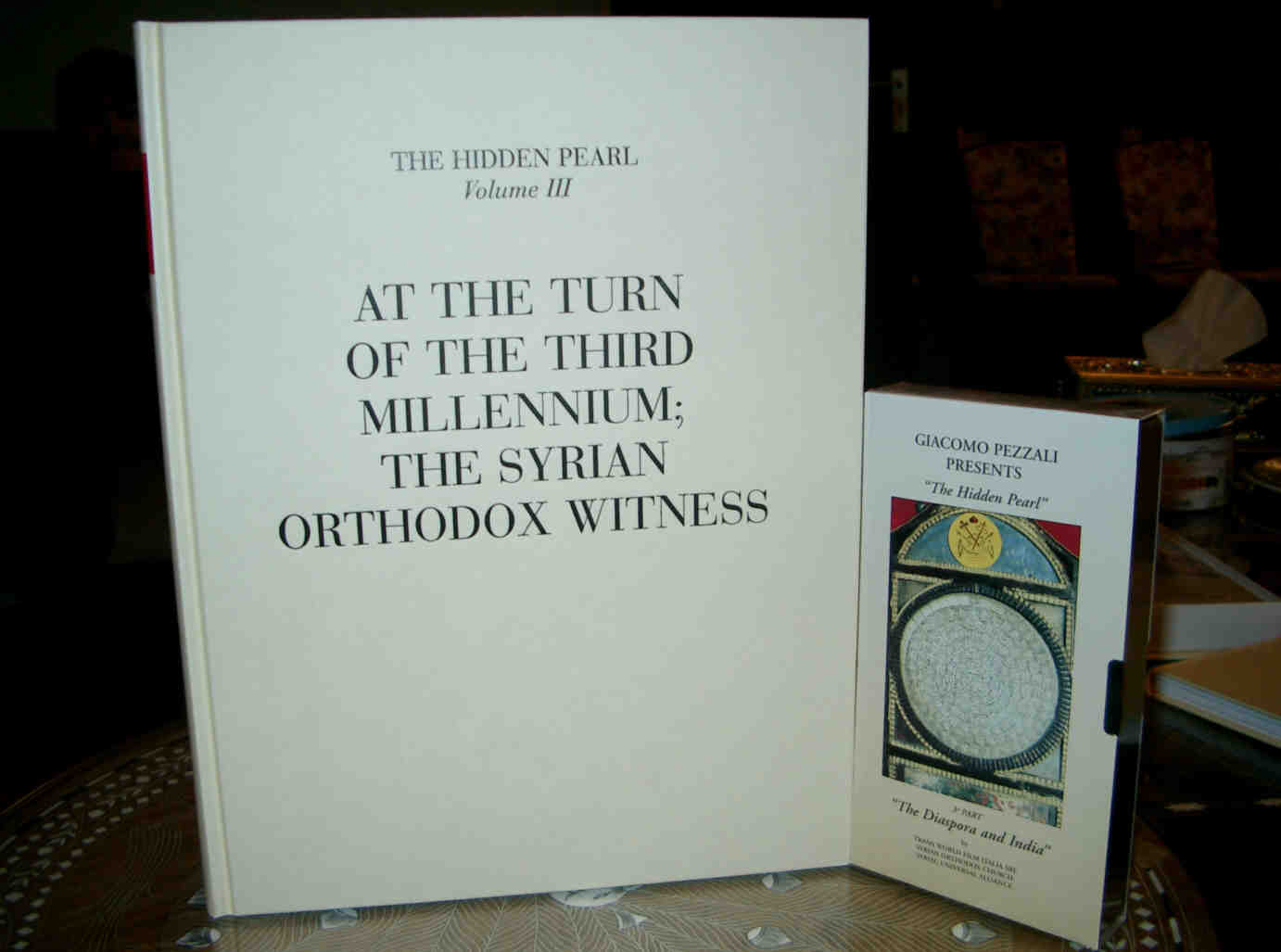 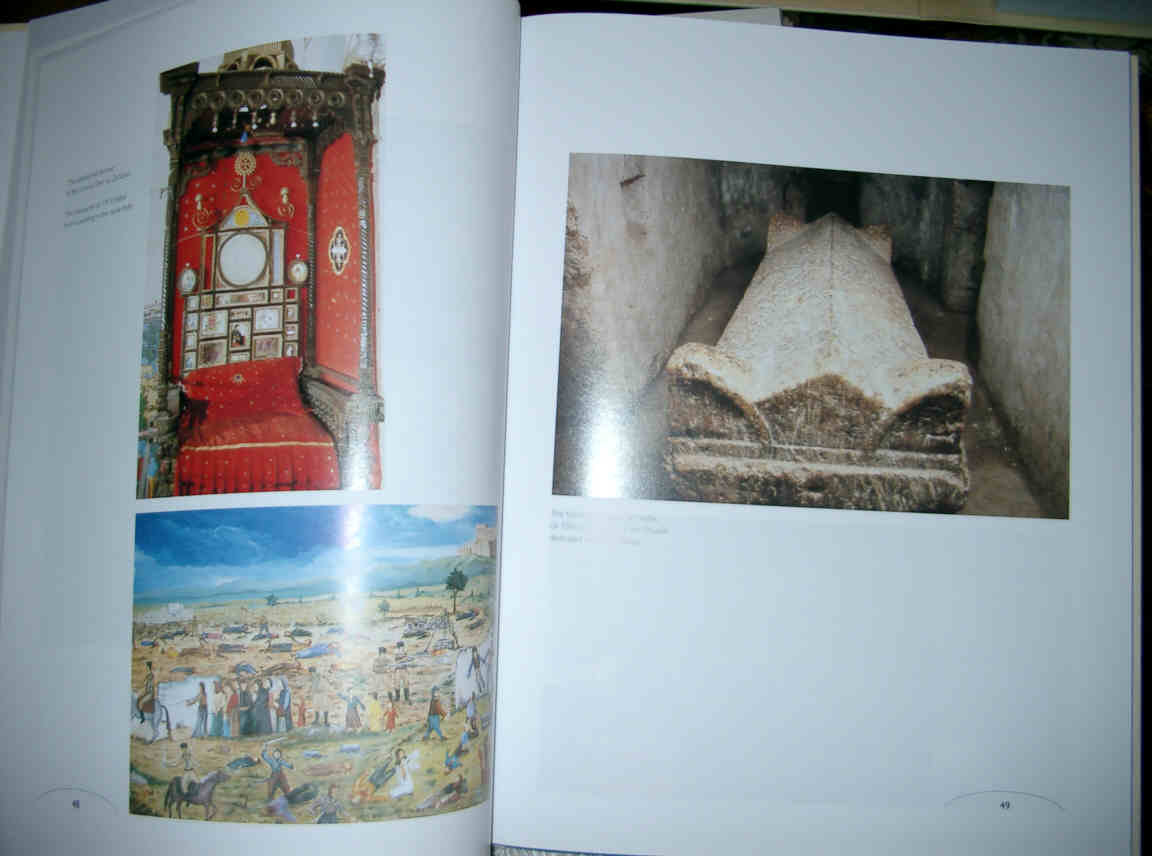 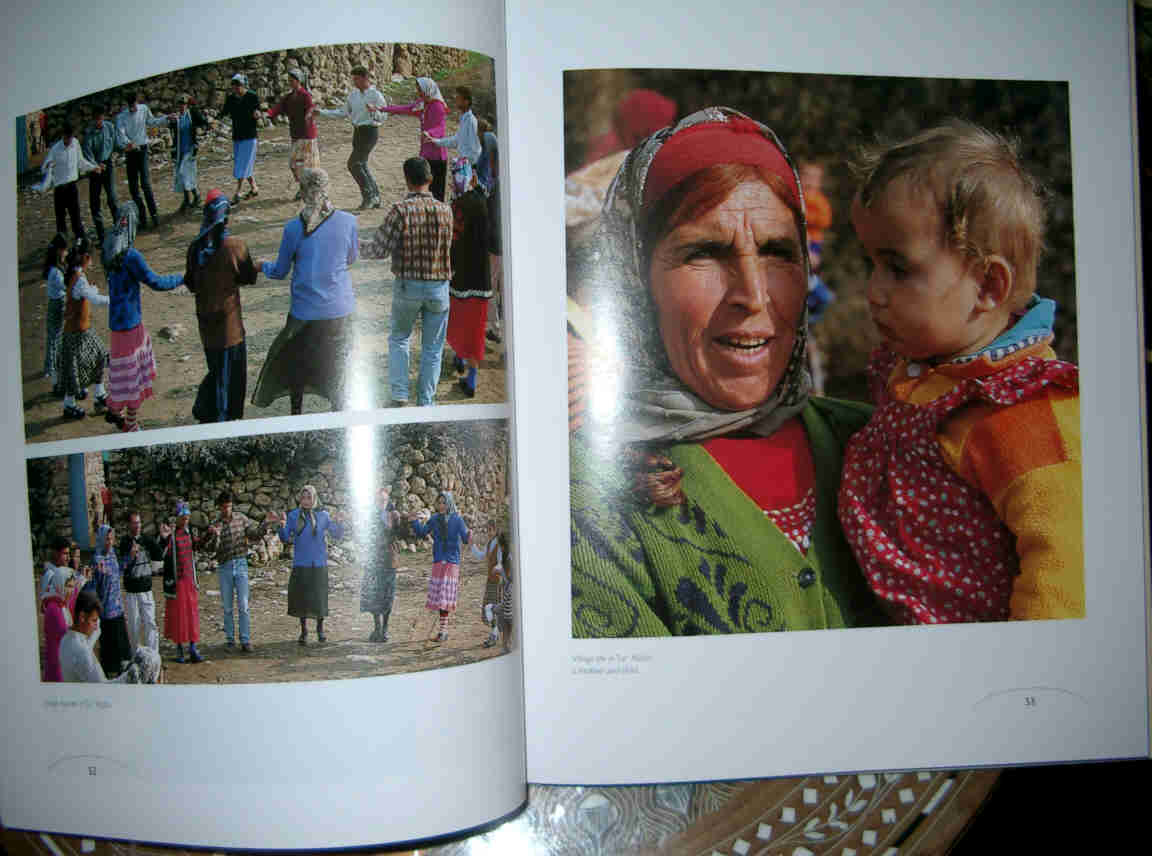 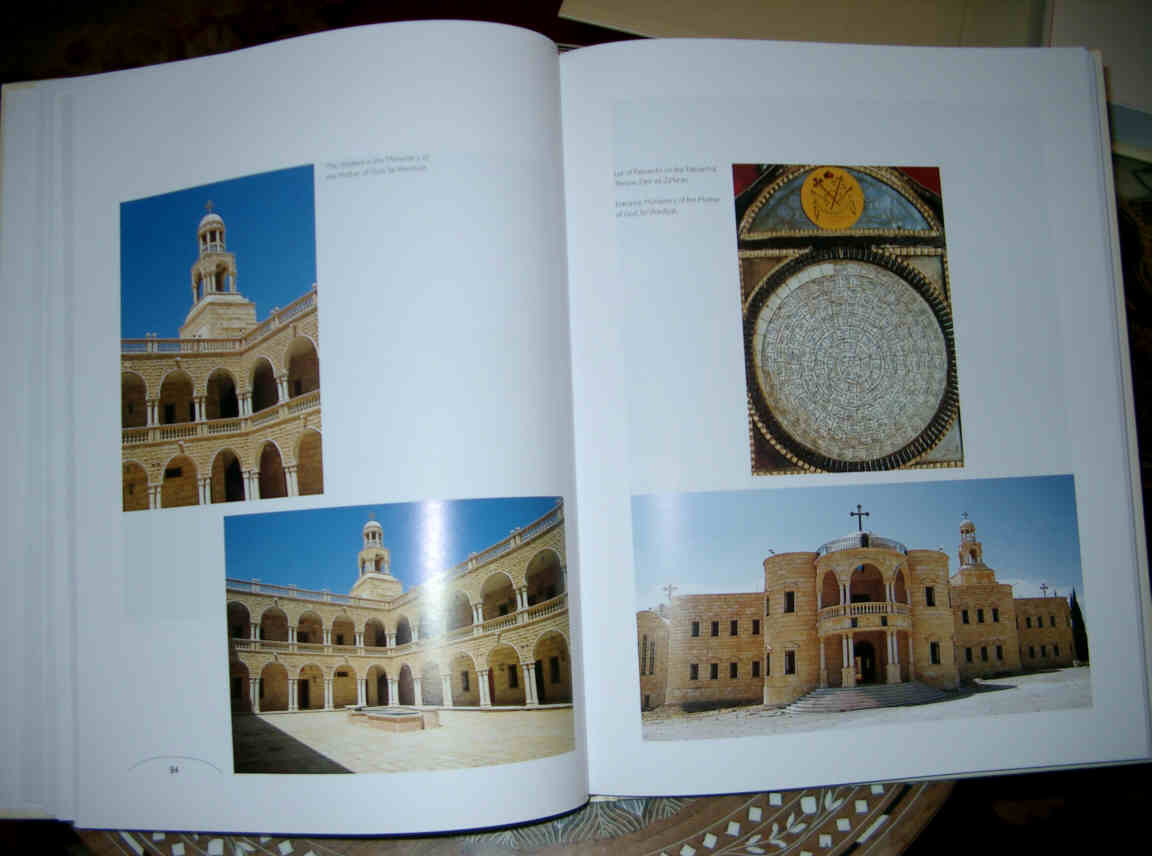 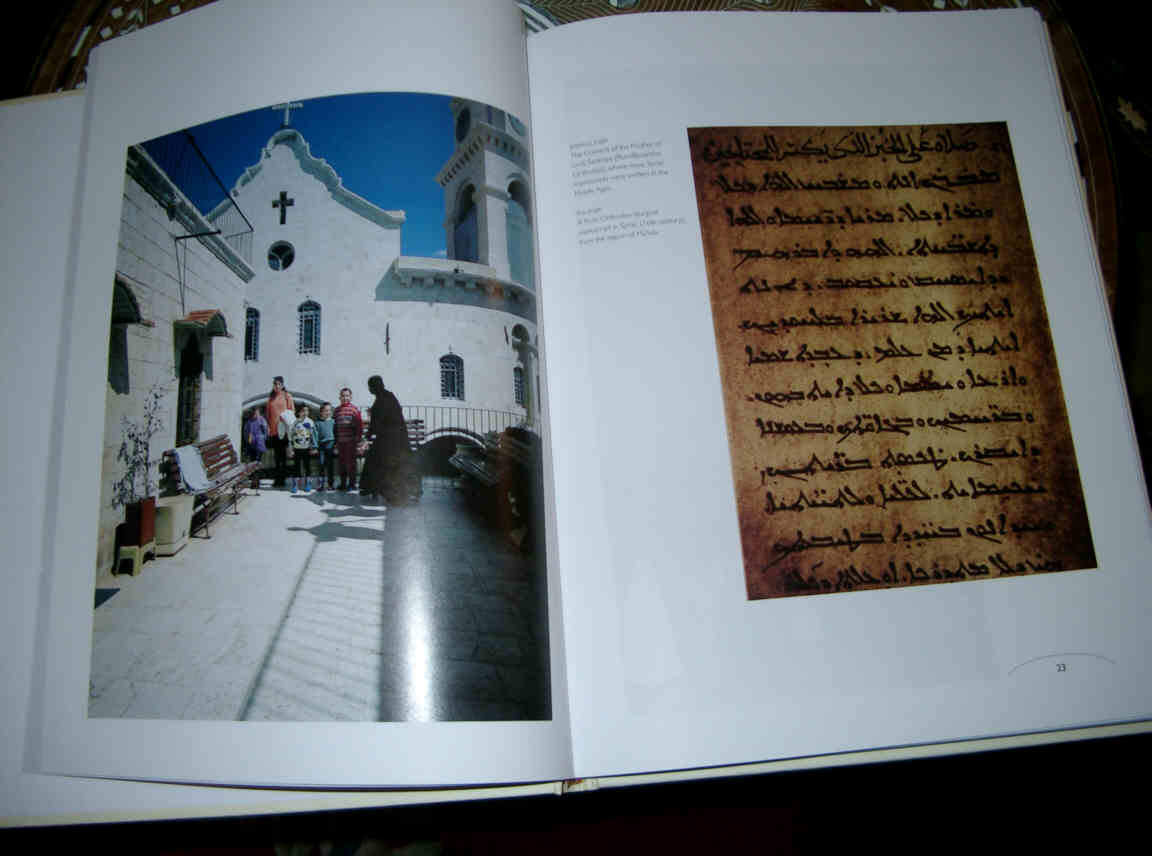 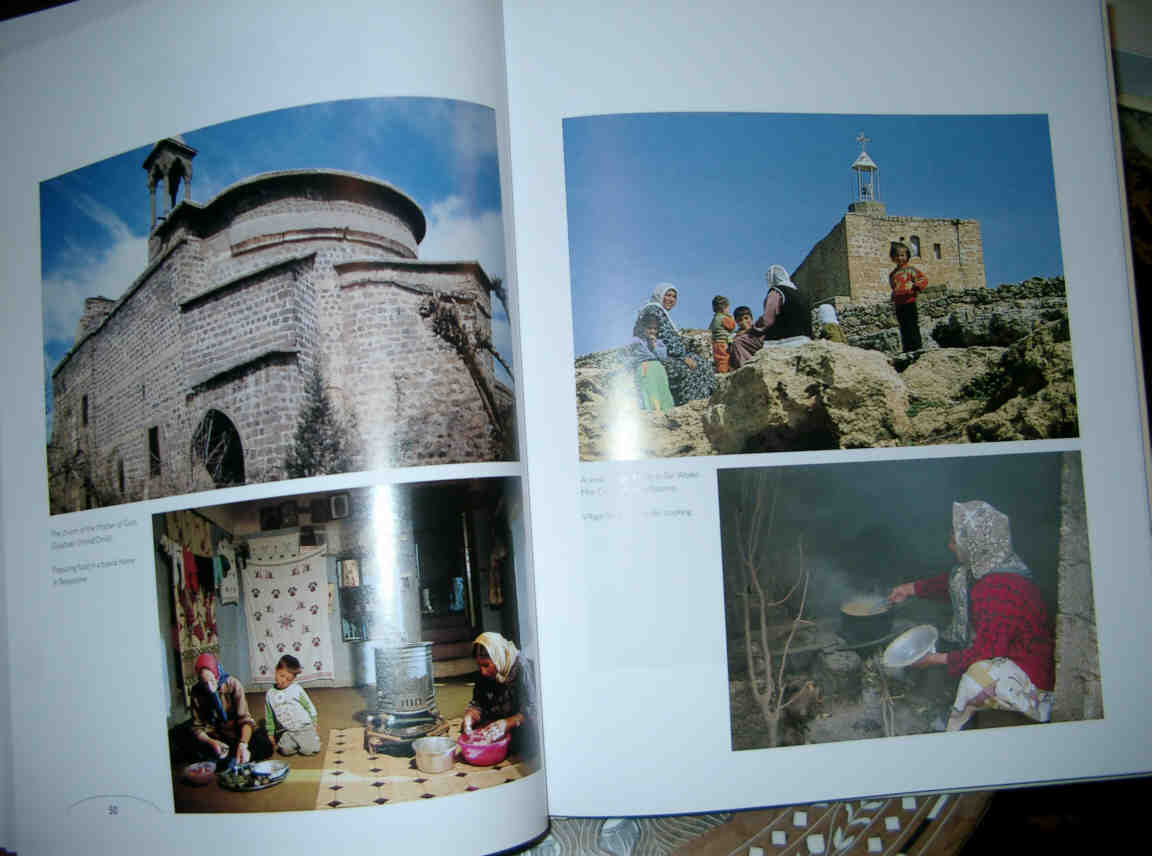 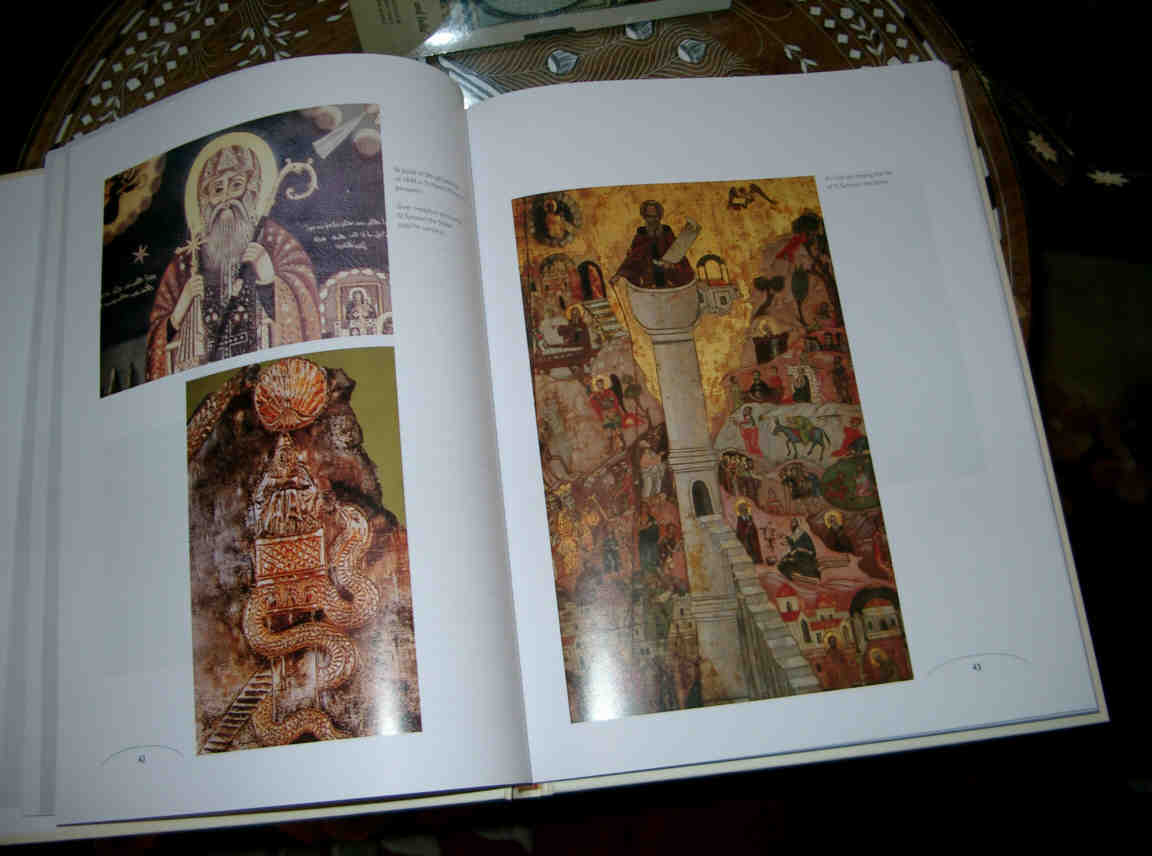 Testimonies of the artistic creativity of the Syriac Churches in Late Antiquity and during the Middle Ages are provided above all by the survival of numerous churches and monasteries, as well as by frescoes and manuscripts, many of which are works of art, either for their calligraphy or for their illustrations. Until the present century, Syriac Christianity was almost entirely confined to the Middle East and south western India. The late nineteenth and early twentieth century were traumatic times for almost all the Middle Eastern Christian communities, because of large-scale massacres and forced migration. In recent decades too, emigration to the west has been increasing, with the result that there are now large diaspora communities, started by the Syriac Churches, in various European countries (Germany, the Netherlands and Sweden in particular), as well as in the Americas and Australia. In many of these, a keen awareness of their Syriac and Aramaic heritage is maintained in different ways.